The WorldSkills Competition, a flagship event of the WorldSkills International, organised every two years, is the biggest vocational education and skills excellence event in the world that truly reflects global industry.

The Competition will take place in Kazan on 22 - 27 August 2019. The 45th WorldSkills Competition will bring together more than 1,600 young professionals representing more than 60 countries who will compete in over 56 skills. The event will be held at the KAZAN EXPO International Exhibition Centre where more than 1,500 Experts will evaluate the Competitors’ work.

The Indian contingent comprising 48 participants will be representing the country in 44 skills at the WorldSkills Kazan 2019. 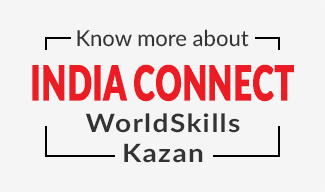